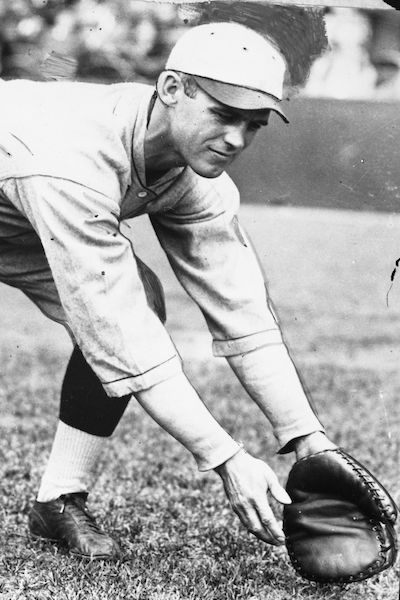 George Sisler was born in Manchester, Ohio and attended the University of Michigan where he was a three-time baseball All-American for Branch Rickey while earning a degree in mechanical engineering before heading off to a Hall of Fame baseball career. While Sisler started his career as a pitcher it did not take long to realize his future was as an everyday player at first base due to his flawless fielding and great speed and hitting instincts. Sisler’s fifteen-year career with three teams was among the greatest in the history of the game with a .340 average, 2,812 hits, 1,284 runs, 1,175 RBI and 375 stolen bases. His 1922 season during which he batted .420, hit safely in 41 consecutive games, led the A.L. with 246 hits, 134 runs, 51 stolen bases and 18 triples while winning league MVP honors was among the most prolific seasons of all-time. He was also player-manager for the St. Louis Browns from 1924 – 1926. George Sisler was inducted into the first class of the National Baseball Hall of Fame in 1939, the University of Michigan Athletic Hall of Honor in 1979 and was inducted into the Michigan Sports Hall of Fame in 1960. He passed away on March 26, 1973 at 80 years of age.