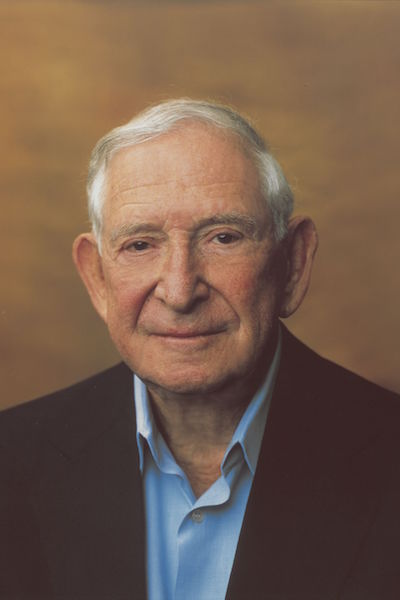 Bill Davidson was born in Detroit, Michigan and attended Central High School before graduating from the University of Michigan where he was a member of the track team. After serving in the Navy during World War II, he went on to obtain a Law Degree from Wayne State University and embarked on a business career eventually owning Guardian Industries. After failing to acquire a professional football franchise, he purchased the Detroit Pistons from Fred Zollner in 1974 in what would become the first of many sports franchises. Under his ownership, the Pistons would go on to win three NBA Championships (1989, 1990, 2004). He also purchased the Tampa Bay Lightning of the National Hockey League and won a Stanley Cup Championship in 2004. Davidson also owned the Detroit Shock of the WNBA winning three WNBA championships, the Detroit Fury of the Arena Football League and the Detroit Vipers of the International Hockey League winning the 1997 IHL Cup. He is the only owner to have won an NBA Championship and the Stanley Cup Championship in the same year (2004). Bill Davidson was inducted into the Naismith Memorial Basketball of Fame and was inducted into the Michigan Sports Hall of Fame in 2004. He passed away on March 13, 2009 at 86 years of age.