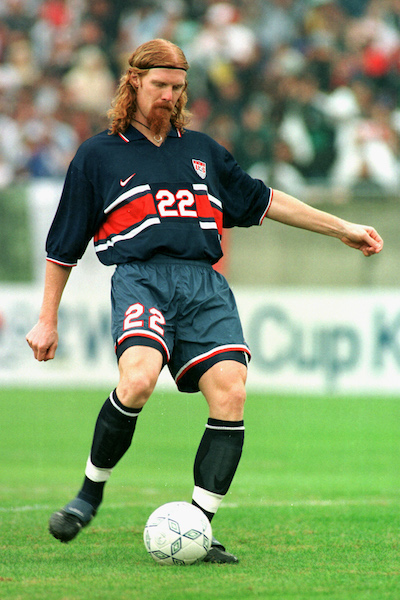 Alexi Lalas was born in Birmingham, Michigan and attended Cranbrook Kingswood School. He played both Hockey and Soccer in high school leading his team to a soccer state championship and earning 1987 Michigan High School Soccer Player of the Year. Lalas attended Rutgers University where he was a 3-time All American, leading his team to the final four in 1989 and the National Championship game in 1990. In 1991 Lalas was awarded the Hermann Trophy symbolic of the top male soccer player in the country and the Missouri Athletic Club Player of the Year award. Lalas joined the U.S. National team and between 1991 and 1998 earned 96 caps and competed in both the 1992 and 1996 Olympics as well as the 1994 FIFA World Cup. Alexi also had an extensive MLS career playing with 4 team from 1996 to 2003. Alexi Lalas was inducted into the National Soccer Hall of Fame and was inducted into the Michigan Sports Hall of Fame in 2014.